If a customer follows this upgrade path:

Any Script fragments they had configured before the upgrade will not be editable after the upgrade as it will claim that the "Key is already in use" even if that is the only fragment with that key. 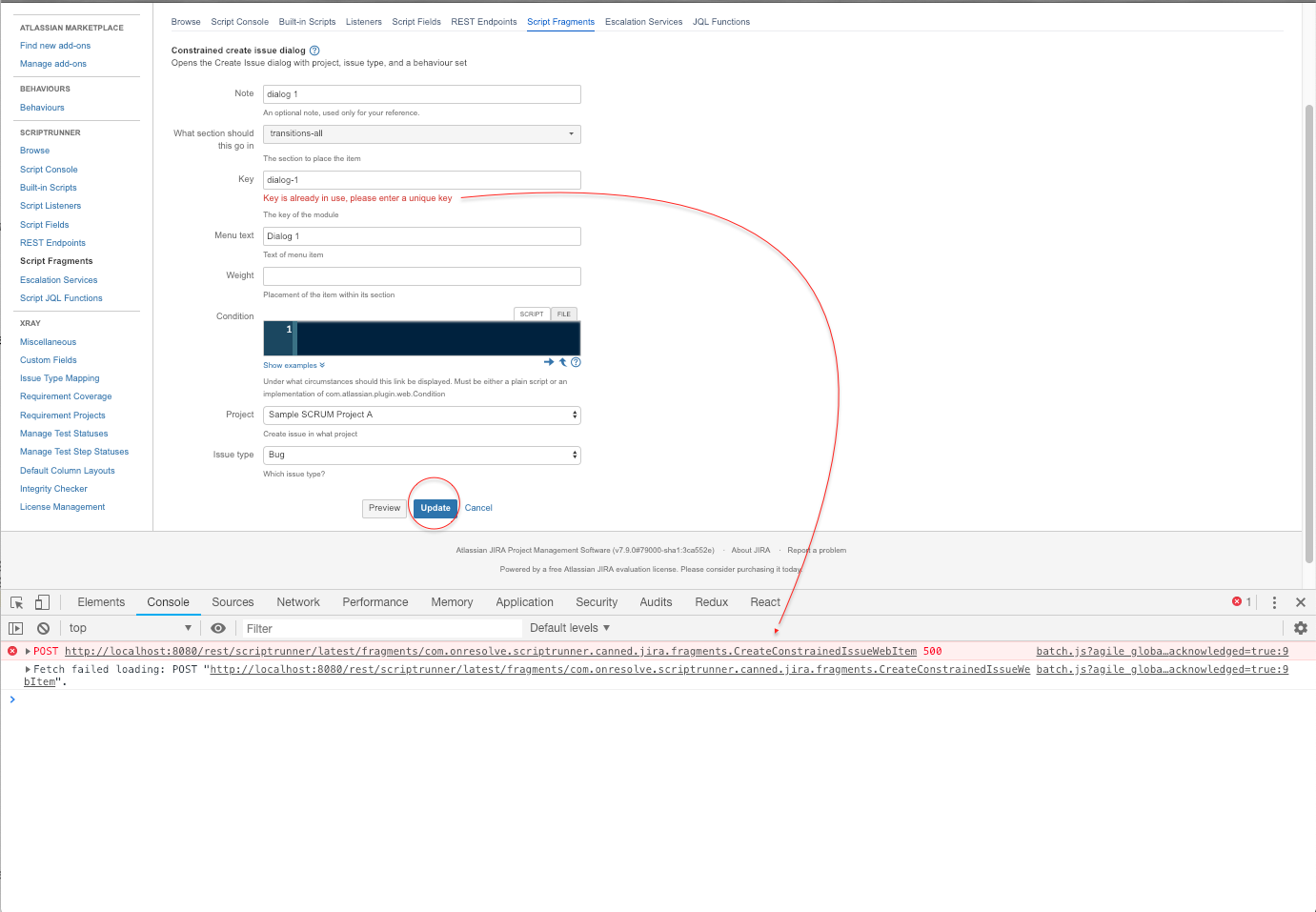 It may be related to when we added a feature that would check for duplicate keys in a later version as I was able to create duplicate keys without any warnings in 5.4.12

Workaround
If the users create a new fragment it fixes the issue and the existing fragments then become editable again.

So to get around the bug:

-Check you can then edit the existing script fragments