Customer would like to run a script within an automation for Jira rule and if the errorCollection binding variable (https://scriptrunner.adaptavist.com/5.5.3/jira/plugins/automation-for-jira.html) is not empty, send that variable onto the next step of that rule. The next step checks if the variable was populated and if it is, it will then use the automation for Jira "Send Email" action to send the errorCollection variable to a users email address. 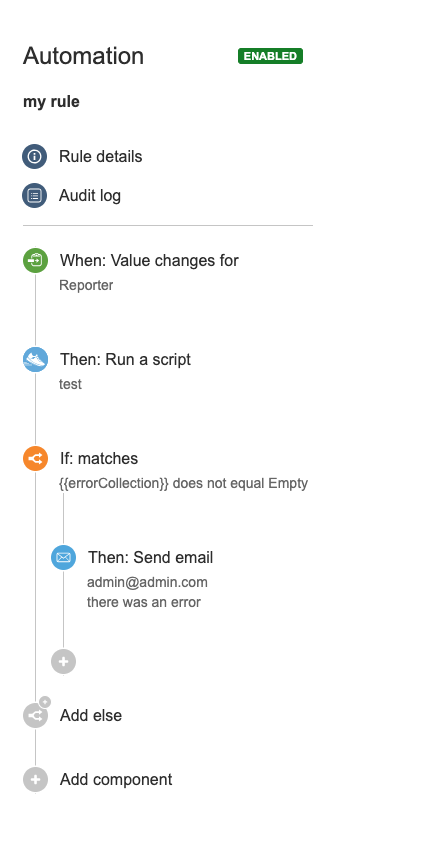